As you know, social media giant Facebook is famous for acquiring the latest in technological trends. Â From the photo sharing app we all know and love Instagram to the latest messaging service Whatsapp, Facebook has a knack for predicting the next big thing.

The newest addition to the Facebook family is called Oculus VR, the company behind the Oculus Rift virtual reality gaming headset. Â Oculus gained recognition first through the crowdfunding platform Kickstarter raising $2 Million in 2012 and then continued to grow in popularity with $91 Million in venture funding in 2013. Â Oculus Rift is the first fully immersive virtual reality headset aimed at consumers, sure to revolutionize the gaming industry.

The virtual reality headset was designed for video games and gives the user a wide range of view, high resolution display and ultra-low latency head tracking. Â Users are able to step inside their favorite games like never before. Â While other virtual reality headsets do exist they are highly priced and are reserved for select markets only, like the military. Â Oculus Rift aims to be the first readily available virtual reality experience and priced affordably with the consumer in mind. Â The current developer kit, available now, is priced at $350 and has already sold 75,000 sets.

In addition to enhancing the video game experience Oculus is set to impact other media like never before. Â The Oculus Rift supports 3D movies and a 360-degree viewing experience. Â Imagine watching your favorite movie alongside the characters! Â Â Video Tech startup Condition One is already in the midst of producing an Oculus-integrated documentary called Zero Point and has released an interactive trailer that will blow you away.

So why the interest from Facebook? Â Like I said, Facebook is well-known for picking up the next big thing. Â CEO Mark Zuckerberg said in a statement, â??Oculus has the chance to create the most social platform ever, and change the way we work, play and communicate.â? Â Facebook has been a dominant player in the social media game for a decade now and in order to keep up in the everchanging technological realm the company stays focused on the future. Â With mobile reigning as the current king in content consumption and wearable tech like Google Glass emerging, Zuckerberg predicts Oculus will be the future of computing.

Founder & President at Cactus Sky Digital
A digital marketing expert nationally recognized as the â??webdoc,â? and is the technology correspondent for ABC 7 News and SNN6 where he provides technology advice, website reviews and product news.

Save Your Eyes From Smartphone Strain

Kill Every Cord In Your House 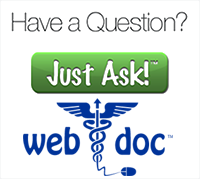